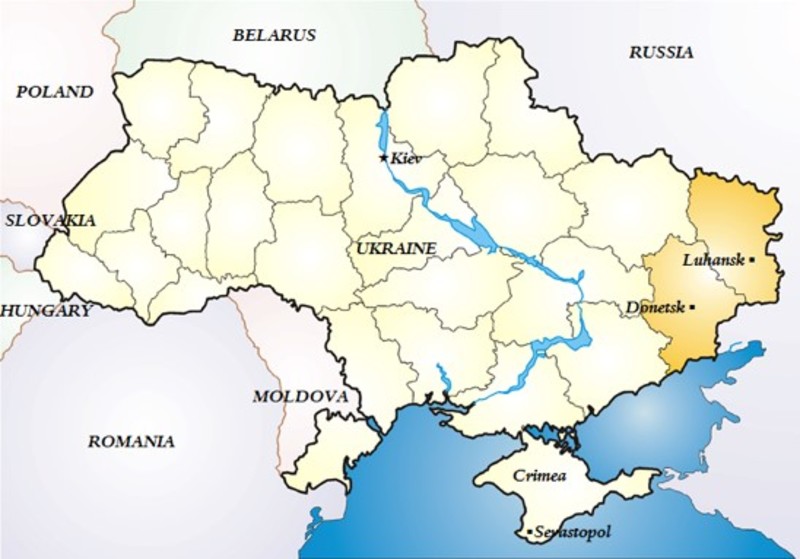 In early 2014, Russia began supporting armed separatist forces in the eastern—predominantly Russian-speaking—part of Ukraine. Subsequent fighting was halted in September 2015 by a cease-fire agreement known as Minsk II. But, despite ongoing diplomatic efforts, few other aspects of the agreement have been implemented. Heavy fighting could resume and precipitate an even deeper crisis between Russia and the West. As a 2009 Council on Foreign Relations (CFR) Contingency Planning Memorandum “Crisis Between Ukraine and Russia” argued, a major Ukraine-Russia confrontation has significant implications for the United States.

Aside from the recent cease-fire in eastern Ukraine, Russia has done little to implement the Minsk II provisions. As of September 2015, Russian military personnel and heavy weapons remain in the eastern Donbas region, while major questions persist about Russia’s support for other aspects of Minsk II. The likely prognosis is a frozen—or not-so-frozen—conflict, which will pose substantial risks for Europe and U.S. interests.

Moscow could choose to escalate tensions in eastern Ukraine by applying additional military pressure in an effort to further destabilize Kiev, force the West to relax its sanctions on Russia, and/or distract the Russian public from a deteriorating economic situation at home. Fighting in the Donbas could also be ignited by local separatist forces seeking to change the status quo.

The unsettled conflict makes it more difficult for Kiev to pursue reforms and turn around the faltering Ukrainian economy. Gross domestic product is expected to decline by more than 10 percent this year, and domestic politics have become more complicated as the public becomes increasingly frustrated with austerity measures and the slow fight against corruption. Meanwhile, right-wing political forces oppose Minsk II and a negotiated settlement. A new political crisis in Ukraine would hinder Kiev’s ability to pursue reform. It could also tempt Moscow to make further efforts to weaken Kiev’s position at a time when Ukrainian public opinion toward Russia has hardened and Ukrainian President Petro Poroshenko is less free to maneuver. The crisis also continues to complicate U.S.-Russia relations, which are at their lowest point since the Cold War. Russian military activity near North Atlantic Treaty Organization (NATO) borders has also markedly increased, raising the risk of a deadly accident or miscalculation.

The absence of a political settlement in Ukraine will continue to affect the prospects for cooperation with Russia on a range of challenges, such as counterterrorism, nonproliferation, and the deteriorating situation in Syria. Increased tensions with Russia could also strain U.S. relations with those European Union (EU) countries that may oppose further sanctions and increased assistance to Ukraine, especially while they remain burdened with the ongoing migrant crisis. Meanwhile, other European countries, especially in the Baltics and central Europe, will be looking to the United States for further reassurance about their security. The 2016 NATO summit will likely review the alliance’s stance toward Russia and consider new defense requirements in the Baltics and central Europe. The emergence of another frozen conflict in Ukraine will make it harder to resolve the festering situations in Transnistria, South Ossetia, and Abkhazia. The Crimea problem will also remain. While Kiev has wisely postponed that question, the post-Cold War order in Europe, based on the fundamental principle that force should not be used to change borders, has been undermined and needs to be reinforced.

The more the West can bolster NATO’s conventional deterrence and use economic sanctions on Russia and assistance to Ukraine—and other “in-between” countries such as Moldova and Georgia—to constrain and reduce the Kremlin’s ability to interfere, the more likely that there will be a productive dialogue with Moscow. The United States should aim to support Ukraine, assure nervous allies, and sustain unity with Europe, while leaving the door open for broader discussions with Russia if it changes its Ukraine policy. Specific recommendations for Washington include the following:

Continue to press Moscow to change its policy and facilitate a settlement of the crisis by stressing the importance of restoring a broader dialogue between the United States/West and Russia.

Tags ukraine Russia crisis
Back Source: c4eep
Follow us on: