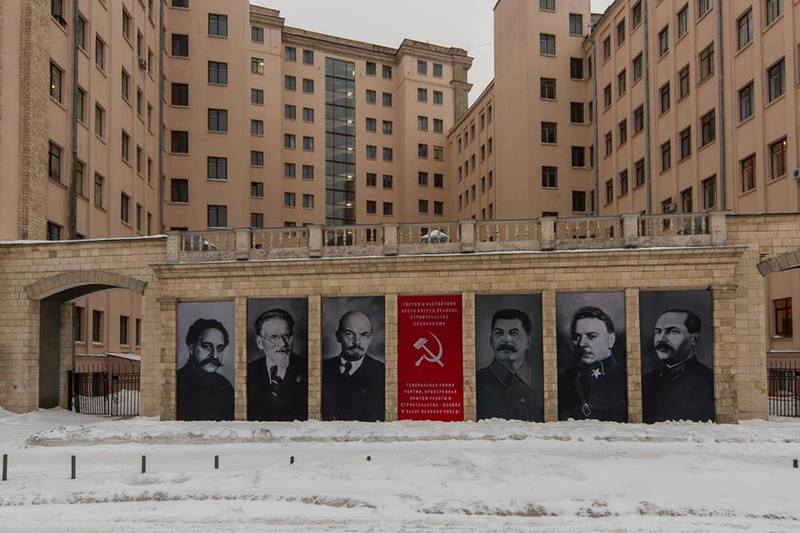 Last week the film about Gareth Jones, a British journalist from Wales, who first told the world about the horrors of Holodomor in Ukraine in the 1930s, started being made in Kharkiv.

Kharkiv has become a shooting location for the scenes, which took place in Moscow. The movie will also be filmed in Poland and Scotland.

The main characters of the new film “Gareth Jones” by Agnieszka Holland are played by James Norton, star of “War and Peace” and Vanessa Kirby, who portrayed Princess Margaret in “The Crown.”

“Gareth Jones” is set in the early 1930s and based on real events. Norton plays Welsh journalist who travels to Moscow to interview dictator Joseph Stalin and after a clandestine trip to Ukraine, he witnesses a tragedy of millions of people starving to death by the Soviet government.

While reporting on Holodomor, which is kept silent by the USSR government, using masses of propaganda, denials and cover-ups, Jones meets young George Orwell and shares his findings, influencing him to write “Animal Farm.”

Film director Agnieszka Holland, who was Oscar-nominated for “Europa, Europa” about Nazi Germany says that issues, presented in “Gareth Jones,” still remain relevant, “Nobody wanted to shed light on Stalin’s atrocities, which Gareth exposed. Today, we have no lack of corruptible conformists and egoists; we are lacking in Orwells and Joneses. That is why we should bring them back to life.”

The total budget of the movie – the joint production of Ukraine (Kinorob), Poland (Film Produkcja) and Great Britain (Crab Apple Film) – is about $10 mln.

During the filming in Kharkiv, the big portraits of Soviet leaders of the 1930s were placed on the walls of the Karazin Kharkiv National University as a scenery set, which aroused interest and anxietyamong Kharkivites, who witnessed the filming process. However, the people were happy to know that it was a film about a great journalist who was really brave to tell the truth about the crimes of Stalin in Ukraine and to report on Holodomor.

The premiere of “Gareth Jones” movie is scheduled for 2019.

Reference: The historical film “Gareth Jones” won the 10th competition selection of cinema projects in Thematic Feature Films category, dedicated to the 85th anniversary of the Holodomor of 1932-33 in Ukraine.