Leaders of Ukrainian community met with Mayor of Chicago 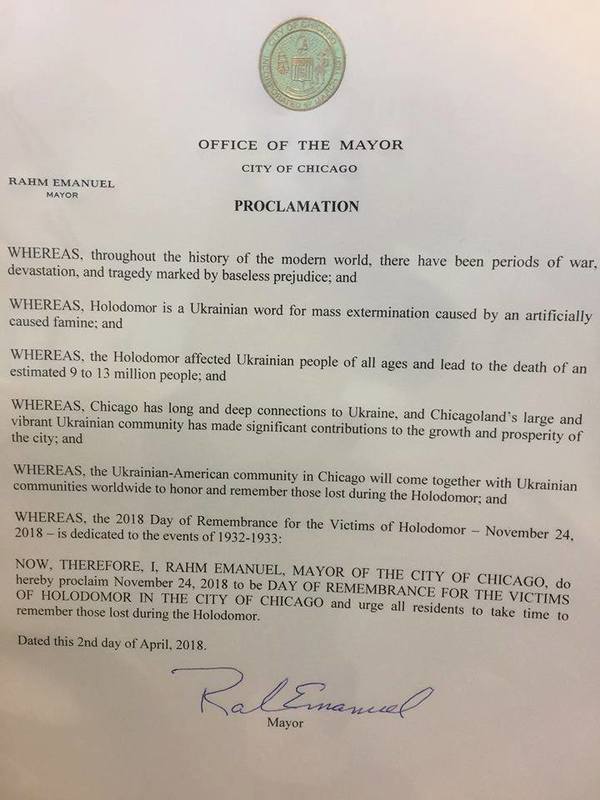 Representatives of the Ukrainian community held a one hour meeting with Chicago's Mayor Rahm Emanuel at City Hall, reports Marta Farion, Vice President,  co-chair of the Government Relations Committee of the UCCA Illinois Division. "We discussed topics of security and safety in Chicago's Ukrainian Village, real estate tax relief for long-time residents of our neighborhood as Ukrainian Village becomes gentrified, the contributions of Ukrainians to the City of Chicago as immigrants and residents for over 100 years, the installation of an arc over Chicago Avenue in the heart of the neighborhood, Ukraine at the center of the world's attention and sanctions against Russia, and we invited the mayor to visit Ukraine. Mayor Emanuel presented a Proclamation on the 85th anniversary of the Ukrainian Famine known as Holodomor, and we presented the mayor with a gift of the book Red Famine by Anne Applebaum. Bishop Benedict Aleksiychuk and Ukraine's Consul General Larysa Gerasko attended the meeting", wrote Marta Farion on her FB page. 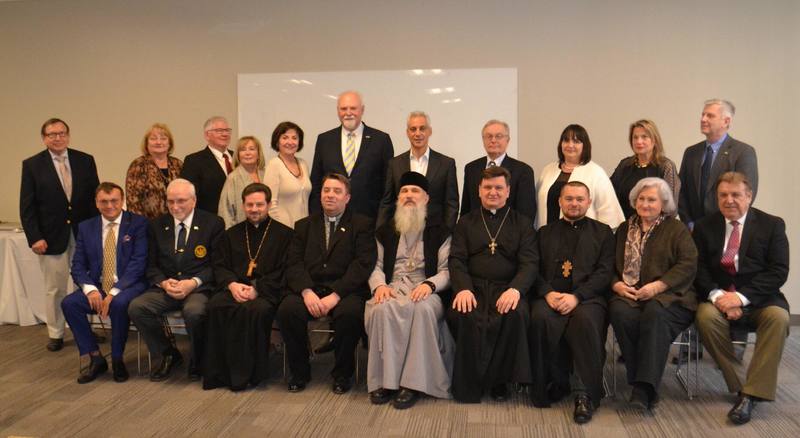