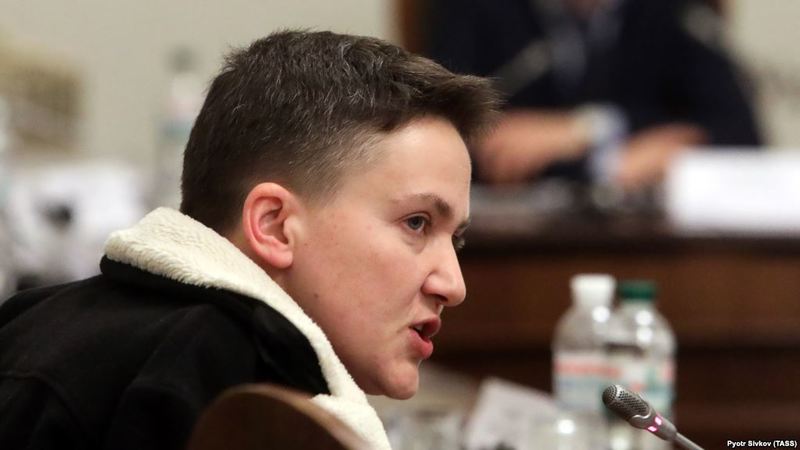 Shevchenkivskyi District Court decided on preventive measures for Nadiya Savchenko, Ukrainian people’s deputy – detention on custody for two months till May 20, 2018 without a right for bailment. Yevgen Sydorov announced the decision, 112 Ukraine broadcasted it.

It should be mentioned that the judge was reading the decision within an hour. The Court considered the risk that Savchenko would commit other crimes.

“The procedural request of the senior investigator of SBU Head Department, agreed with Bannyk, the prosecutor of Ukraine's Chief Military Prosecutor's Officeб on the preventive measure in the form of detention in custody for Savchenko to be satisfied and to be applied to suspect Savchenko the preventive measure in the form of custody without bail determination, to take Savchenko into custody in the courtroom. The validity of the decision on custody should be under the pre-trial investigation term, which is 59 days till May 20, 2018,” the judge announced.

Besides, the Court decided that the detention on March 22 was illegal.

“It is necessary to apply to her a preventive measure in the form of custody without bail determination. Besides, 60 days, which is the maximum term of custody, should be applied to Savchenko, as, despite the amount of investigation and proceedings done, the complication of prolongation does not allow us to finish the pre-trial investigation in a shorter period,” the Prosecutor stated.

He stressed, that at liberty Savchenko would have an opportunity to contact with the witnesses and influence them, abuse her deputy status not to appear in the court, attempt to escape responsibility, continue to commit crimes, and leave Ukraine.

The Prosecutor stressed that regardless of the risks mentioned, any other preventive measure, except custody without bail, is not relevant in this case.

Additionally, the defense believes, that Savchenko’s detention was illegal, and all of the risks named by the prosecutor were unreasonable. The lawyers insisted on the preventive measures, which are not connected with custody.